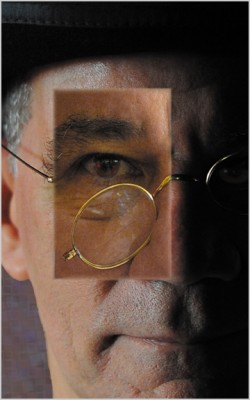 Pianist-composer Carli Munoz has the rare distinction of having astounding careers in jazz and pop. He’s a masterful musician with the technique and imagination to dig in deep with jazz giants such as Chico Hamilton, Les McCann, George Benson, and the creative discipline to work alongside pop icons like The Beach Boys, Jan and Dean, and Peter Cetera. After 40 years and six critically acclaimed jazz albums, Munoz released a stunning rock debut, In My Soul.

Carli Munoz grew up in Puerto Rico immersed in the tropical jazz sounds of the region. When he moved to Los Angles in 1969, he quickly earned a reputation for his chops and his flair, garnering working relationships with pop’s biggest names. After over a decade with The Beach Boys, Munoz left the pop world behind for over 30 years, devoting himself to a career in jazz—his achievements in that world alone merit a separate bio!

During Carli’s eleven-year association with The Beach Boys he developed a collaborative relationship with Dennis Wilson. After Wilson issued his successful solo bow, Pacific Ocean Blue, which sold 300,000 and hit the Billboard Top #100, Wilson became enamored with Munoz’s sophisticatedly accessible composition style. He recorded 4 of Munoz’s songs for his planned 1978 sophomore album, Bambu. The album was not officially issued until a 2008 reissue of Pacific Ocean Blue was lavishly packaged with it as a bonus. In the years between, these tracks became fixated in the imagination of thousands, becoming a bootlegged cult phenomenon.  Munoz’s In My Soul features these highly anticipated songs in their purist form—just how the composer intended.

This exquisite collection of songs spans 1967-2007. Central to this stretch of time are the years 1967-1974. This was a powerfully fertile period for Munoz as a pop songwriter as he processed the political, social, and personal revolutions the 1960s brought on.  In My Soul is elegantly intimate with the sublime musicianship of a band of fine studio musicians engaging each other with telepathic grace.  Within the womblike feel of these recordings, Munoz humbly steps up to sing the songs as he wrote them.  His singing has an unvarnished beauty; his performances are warm, poignant, and truthful.

The mythical Bambu tracks on In My Soul are “It’s Not Too Late,” “Constant Companion,” “All Alone,” and “Under The Moonlight.” The piano ballad “It’s Not Too Late” shimmers with strings and emotive crescendos imbuing it with stately poignancy.  The jubilant “Constant Companion” is propulsive and euphoric with swelling horns and synths, and an infectious and purposeful beat.  “Me and my friend, the lyricist Rags Baker, first recorded that in an all night session on a four track. We were so happy with it, we went out on the street at 4 in the morning to find people to play it for,” Munoz recalls, laughing. “Years later when I played it for Dennis, he flipped over it.” In addition to the famed Dennis Wilson tracks, other album highlights are the a capella “Lunaressence” featuring sun-kissed six-part harmony vocals and the brawny rock of opener “Maybe.”

The album was tracked at Treasure Isle Recorders in Nashville studios produced by Munoz and his friend of 42 years Fred Vail, The Beach Boys’ former Touring and Marketing Manager. The amazing journey these two went on both with The Beach Boys and within music illuminates the project with spirit and passion.  The album is sequenced conceptually with its narrative poetically revealed in Munoz’s liner notes. Munoz also provides moving and candid reflections on the “Dark Horse” Beach Boy.  In addition to Munoz’s soulful writing, Fred Vail provides heartfelt insights into the trip he and Munoz have together traveled.

It was cathartic to revisit the work on In My Soul,” Munoz says reflecting. “I had these pieces for decades, I never talked about them but they haunted me. They’re the heart of my abilities as a pop composer.”

“…We musicians are like transmitters spreading the signal of intangible and otherwise elusive messages that penetrate our emotional vehicles and our higher consciousness. That message moves our being; makes us love sic; makes our hearts tender; brings us joy; makes us sad; makes us smart; it’ll get us inspired; motivates soldiers at war; helps stop wars; enhances patriotism; makes rebels; we could be starving, sick, abused and even dying and music will redeem us; makes us fly; yes. I think music is connected to spirituality.”
-Carli Muñoz, excerpt from the Jazz Improv interview Vol 6 Number 2, winter 2006

“… Virtuosic without being superfluous, Muñoz’ playing style matches his writing–direct, unassuming, and to the point.”
-John Kelman,  All That Jazz

“… You might not expect to hear much in the way of great jazz from a pianist who played keyboards behind the Beach Boys for more than a decade – and who spends much of his energy these days running a restaurant in Puerto Rico. But Carli Munoz is a revelation.”
-Paul Blair- Hot House NYC, HOT FLASHES

“… Muñoz’s piano sounding crisp and succinct, a mix of delicacy and deft percussive beauty.  Insistent energy and momentum and marvelous group interplay.  A truly fine outing. What can you say but… ‘Yeah!’”
-Dan McClenaghan. All That Jazz

“… Completely spontaneous, yet perfectly collective. Only kindred spirits can achieve this sort of communication.”
-David Miller. All That Jazz

“… Carli demonstrates a depth and diversity of musical understanding, and creativity, bolstered by his ample technique. Right away, we sense his solid sense of time, and well developed ability to swing and float above the rhythm section. Carli’s solos, indeed his music, breathe deeply and healthily. There is an indescribable balance – one that highly developed players express through music. His approach is steeped in the rich history of the grand tradition of this music, and augmented by the lessons of such masters as Bill Evans, McCoy Tyner, Jarrett and Hancock.”
-Winthrop Bedford, Reviews / Jazz Improv Magazine

“…The trio itself forms a happy marriage, in which there is an ongoing elegant conversation between the piano, bass and drums.”
-The New York Resident, by Barry Bassis – This week on the town

“Free association on this musical level, in any genre, is more than a rare charm.”
–Van Dyke Parks