> Innsbruck Media is committed to creating new endeavors and opportunities for local and global performances focusing on touring initiatives for its artists working in tandem with a network of world-class promoters and agencies arranging global engagements and promoting events through publicists, custom social media and ad / content buys with recognized brand management.

> Rockwood Music Hall is a hip venue located at 196 Allen Street on the Lower East Side of Manhattan, New York City. Owner Ken Rockwood opened the establishment in 2005 as a small bar and music venue. The venue

now features three stages and a record label of the same name. Artists who have performed at Rockwood include Lady Gaga, Jessie J, Mumford & Sons, and Billie Joe Armstrong. 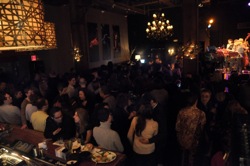 > From jazz and rock to electronic, soul & funk to hip-hop and international music – DROM prides itself on presenting fresh new sounds and introducing new talent to the always invigorating NY live music nightlife.  Located at 85 Avenue A between 5th St. and 6th St. in the heart of East Village/Lower East Side, Drom accommodates up to 350 people in its main room and has a wide and eclectic selection of music programming throughout the week. 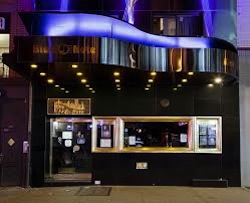 > Jazz is undoubtedly America’s music, and while Blue Note strives to preserve the history of jazz, the club is a place where progression and innovation – the foundations of jazz – are encouraged and practiced on a nightly basis.  In addition to the main acts that feature the likes of Chick Corea, McCoy Tyner, Joe Lovano, John Scofield, and Chris Botti, Blue Note has introduced the Monday Night Series and the bi-weekly Late Night Groove Series to showcase New York’s up-and-coming jazz, soul, hip-hop, R&B and funk artists.  Blue Note has been instrumental in encouraging the development of Greenwich Village’s local musicians by giving them a chance to perform in one of the world’s finest venues.

Since its inception in 1981, Blue Note has become one of the premier jazz clubs in the world and a cultural institution in Greenwich Village.  Owner and founder Danny Bensusan had a vision to create a jazz club in Greenwich Village that would treat deserving artists with respect, while allowing patrons to see the world’s finest jazz musicians in a close, comfortable setting.  After twenty-vie years of success, Blue Note continues to carry the torch for jazz into the 21st century in Greenwich Village, the cultural heart of New York City. 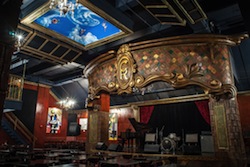 > At its new location on East 32nd Street between Park and Madison, The Cutting Room builds on a decade of history that includes some of today’s top performers – John Mayer, Lady Gaga, Sting, Sheryl Crow and David Bowie –  just some of the artists who have graced the stage of the Cutting Room at its previous location. Created by original owner Steve Walter (Berklee Alumnus) and co-owner Chris Noth (Sex and the City, Law & Order, The Good Wife), the new Cutting Room continues the tradition of extraordinary performances and special moments, with a fresh new take on what a rock club & lounge should feel like.

> Innsbruck Records is proud to collaborate with The Howard Hughes Corporation to give back to the community of Lower Manhattan.  Artists introduced and featured in the summer of 2014 included the Chris Bergson Band, Mike Verge, Oli Rockberger, The Silent Scene and Joe Caro & The Met Band. The South Street Seaport is undergoing a complete redesign with both residents and tourists in mind. Year-round SEE/CHANGE activities set on the streets and in the area’s beautiful open-space environments will enliven the community.  A mixed-use building will bring 24/7 energy and new retail options to the neighborhood, as well as a world-class food market, restaurants and a rooftop entertainment venue for hosting ‘live music.’ 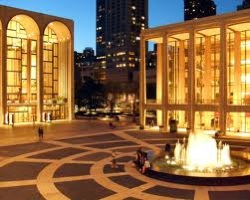 > Lincoln Center (Lincoln Center for the Performing Arts) is one of the world’s leading presenters of artistic programming, national leader in arts and education/community relations, and manager of the Lincoln Center campus. Additionally, Lincoln Center is sponsoring a series of major capital projects on behalf of the resident organizations on campus.

> Innsbruck Records promotes live concerts at Lincoln Center.  Recent performance: In celebration of the 125th anniversary of SUNY Potsdam’s Crane School of Music, the entire Crane Chorus and members of the Crane Symphony Orchestra traveled to New York City for the Avery Fisher Hall concert.  More than 200 students from The Crane School of Music at The State University of New York at Potsdam made their collective Lincoln Center debut on May 1 in a performance of Giuseppe Verdi’s monumental Messa da Requiem under the baton of Ann Howard Jones. 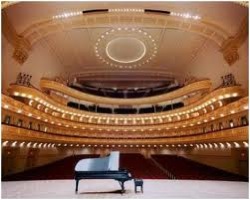 > Carnegie Hall’s newest venue, the 599-seat Zankel Hall, opened in 2003 and has become one of the hottest places in New York City to see chamber music, recitals and the latest contemporary sounds from classical, pop, jazz and world music artists. 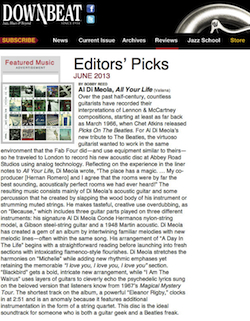 > Down Beat is an American magazine devoted to “jazz, blues and beyond,” the last word indicating its expansion beyond the jazz realm which it covered exclusively in previous years. The publication was established in 1934 in Chicago, Illinois.  It is named after the “downbeat” in music also called “beat one” or the first beat of a musical measure.  Well-known features of Down Beat Magazine include its “Reviews” section where jazz critics, using a ‘1-Star to 5-Star’ maximum rating system, rate the latest musical recordings, vintage recordings, and books; articles on individual musicians and music forms; and its famous “Blindfold Test” column, in a which a musician listens to records by other artists, tries to guess who they are, and rates them using the 5-star maximum rating system. 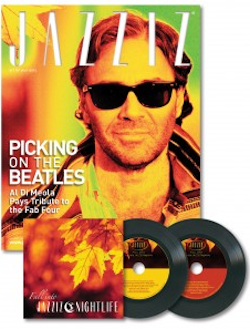 > In 1983 Michael Fagien, then a medical student at the University of Florida’s Medical School, founded JAZZIZ magazine. Fagien, who was financially assisted by Gatorade inventor Dr. Robert Cade, had long enjoyed listening to and writing about music. He also enjoyed making mix tapes for friends. Fagien brought all those interests to the forefront with JAZZIZ, which became the first magazine to include a CD –  essentially a mix tape for a far wider circle of friends—with every issue. That innovation would soon be adopted by a numerous computer, gaming and music magazines.

Throughout the remainder of the ’80s and into the early ’90s, the JAZZIZ team refined the magazine’s design and editorial approach, building relationships with major players both inside and outside the music business. The magazine reached new audiences by sponsoring music festivals and other events and through partnerships with various non-jazz enterprises. As a result, JAZZIZ has grown into the world’s largest-circulation jazz magazine.

>  Innsbruck Records secured the cover / feature article of Al Di Meola in the Fall 2013 edition.  Special thanks to proprietor Michael Fagien and Managing Editor, David Pulizzi for the fabulous coverage of “All Your Life.” 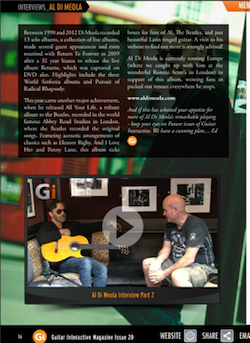 > Guitar Interactive is the digital magazine that has revolutionized web-based guitar media. Published by Licklibrary – the world’s Number One guitar tuition company – to over 250,000 qualified prospects, it has grown to become an international phenomenon.

> Joey Reynolds, host of All Night with Joey Reynolds on WNBC-DT2, the digital subchannel of television station WNBC-TV known as “New York Nonstop,” broadcasts live from the NASDAQ site in Time Square at 43rd Street and Broadway. Reynolds reunited with his former WNBC radio sidekick, Jay Sorensen, as the program’s announcer. 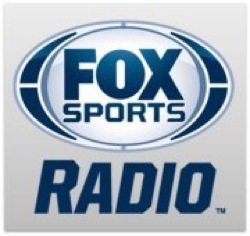 > JT’s show is nationally syndicated by the FOX Sports Radio Network and the JT “The Brick” Show airs on over 250 radio stations, Monday through Friday, from 10 p.m. – 3 a.m. PT/1am -6 am ET. The program can also be heard on XM channel 169, the Armed Forces Radio Network and www.JTtheBrick.com 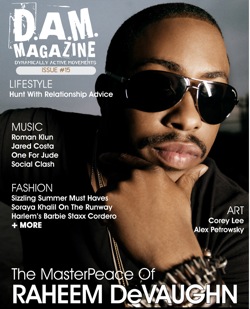 > Dynamically Active Movements (D.A.M.) Magazine is a dynamic publication dedicated to promoting upcoming talent & providing readers with material of substance. D.A.M. Magazine incorporates music, fashion, art & culture to provide a positive & artistic playground for dreams to blossom.  It is quickly becoming an international force, gaining readers in the Americas, the United Kingdom and some Caribbean islands.