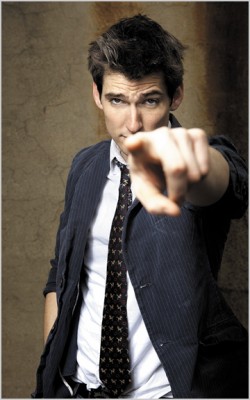 From the beginning, Matt has been inspired by rock greats like The Beatles, The Who, The Kinks, Radiohead and American greats Paul Simon and Buddy Holly.  He spent three of his formative years living in England soaking up the sounds of the early British Invasion, inspiring him to infuse the melodic and artful sensibilities of British music with the raucous and carefree American style he would later come to know. His approach to songwriting is cut from the same cloth that produced the catalog of these artists.  Each of them built their musical empires on a foundation deeply rooted in the popular music that came before them.  In this way, Matt Hutchison’s music sounds instantly familiar, but equally new and engaging.

Matt was a member of Baltimore band, Fools & Horses, whose acclaim includes being voted ‘Best Band of Baltimore’ by the readers of the Baltimore City Paper for three straight years and being named Best Modern Rock Band and Fan Favorite by the Washington Area Music Association.   In addition, Fools and Horses had the honor of having its song “The Therapy” featured on Starbucks’ compilation ‘Off the Clock,’ which sold over 30,000 copies.  Television and film also embraced the band’s catalog of songs with placements on Cinema Sounds, the Playboy Channel, FUSE Network, MTV, A&E, E!, ESPN and USA.