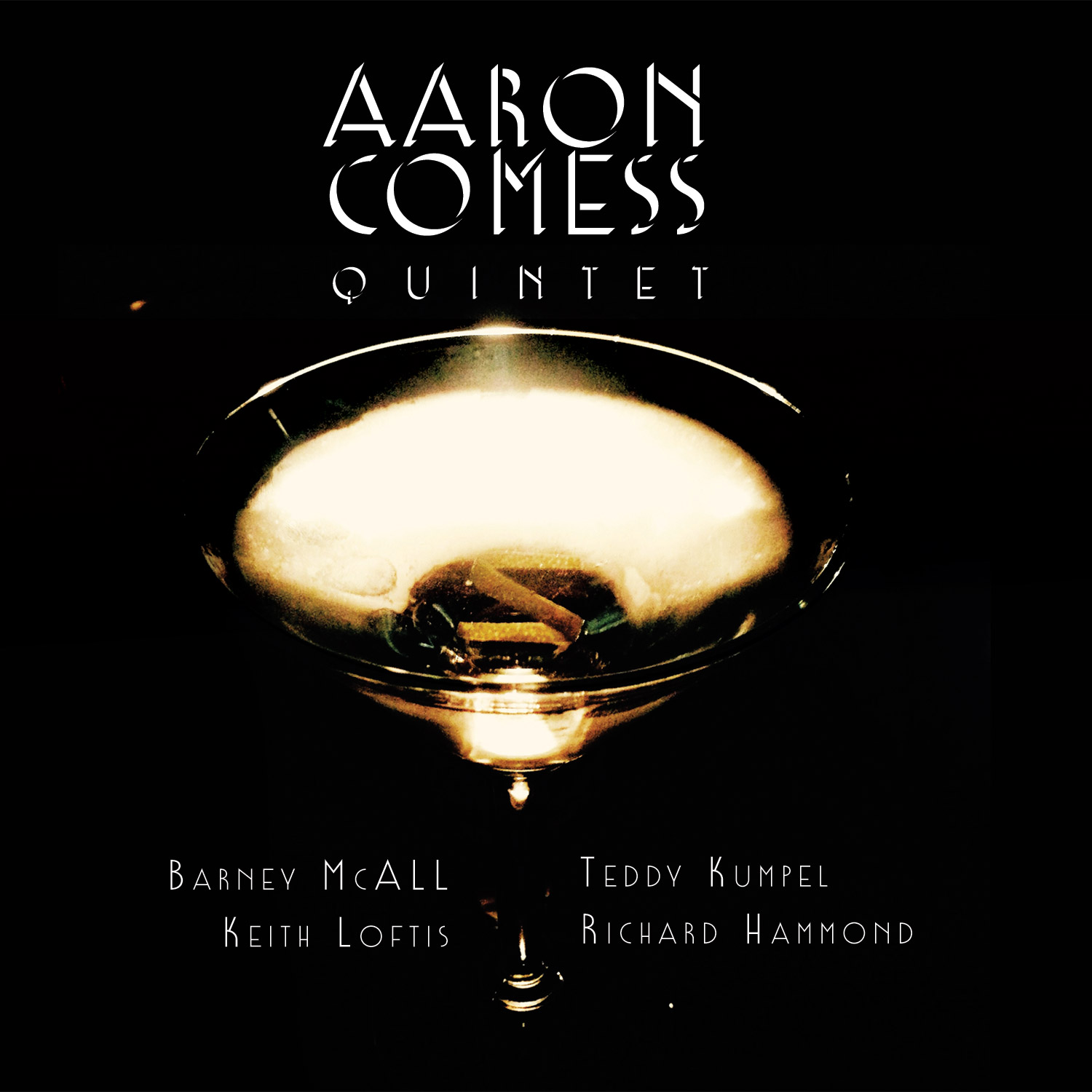 modal standards with Keith Loftis/ts-ss, Barney McAll/p, Richard Hammond/b and Teddy Kumpel/g. The band has a hip coherent feel, and take on some heavy material from Coltrane at the get go with Hammond’s bluesy bass leading into a flowing rhythm like a rising dust storm that leads into a slightly mellow and subdued read of “Africa” which has Loftis’ sax slowly brings up to a migration rather than the original stampede. The read of “Resolution” has the tenor going mano a mano with the leader, whle a funky and fun herky jerk develops on “Catskills Last Waltz.” Comess makes the rhythm team create shifting sands on the moody “Freedom Jazz Dance” and form little ripples for McAll and Kumpel on the evocative and alluring “Ode To Atilla.” An ode to Miles Davis’ ESP band has the band strut through “Intangible” with some spry and slinky piano work along with Loftis thick tenor. This is a delight for fans of when acoustic and adventurous jazz was still lyrical and meaningful.

The veteran rock ‘n’ roll drummer of the Spin Doctors premieres a jazz project of a personal nature. Titled simply “Aaron Comess Quintet,” the album celebrates the tunes and the semi-free, modal improvisation pioneered by both the Miles Davis and John Coltrane ensembles of the early 1960s. At times, Mr. Comess comes scarily close to a replication of historical recordings—tenor saxophonist Keith Loftis could pass for Coltrane on a blindfold test. However, the quintet reinterprets Miles Davis without the benefit of a trumpet, and the presence of guitar, which neither Davis nor Coltrane used at the time, gives the rhythm section a different enough feel. The opener, “Resolution,” sounds like an earlier unheard alternate take from “A Love Supreme,” but the closer, “Freedom Jazz Dance,” makes that Eddie Harris tune sound more like Davis playing “Gingerbread Boy.”

Jazziz
Back To His Roots

As a member of the multi-platinum ’90 funk-rock jam band Spin Doctors, drummer Aaron Comess had few opportunities
to showcase his jazz side. But his background is solidly in jazz, from his studies at an arts magnet high school in Dallas, where trumpeter Roy Hargrove was a classmate, to his year at the Berklee College of Music in Boston and subsequent two years at The New School for Jazz and Contemporary Music in New York, where he came under the tutelage of such mentors as Jim Hall, Reggie Workman and saxophonist and New School founder Arnie Lawrence while also studying privately with Jimmy Cobb, Bernard Purdie and Victor Lewis.

It was during his tenure at The New School that Comess formed Spin Doctors with fellow students Chris Barron and Eric Schenkman. And while the band became full-fledged rock stars (they were on the cover of Rolling Stone magazine in 1993), Comess never stopped playing jazz. “All through my 24 years of living in New York, I’ve consistently done jazz gigs either leading my own bands or playing in other people’s bands,” he says. “But it’s been pretty much under the radar.”

For his fourth recording as a leader, the drummer reconnects with his jazz roots while paying tribute to his drumming hero Elvin Jones. “When I discovered John Coltrane’s music in high school, I was immediately attracted to the way Elvin played,” Comess recalls. “He’s got such an aggressive kind of rolling, swinging style that I was just mesmerized by it. Since moving to New York City in 1988, I caught him every chance I could, maybe 10 times or more. And every single time it was just incredible. He was a guy who kept his energy flow- ing till the day he died, which is something to really admire.”

Recorded live at Smoke with saxophonist Keith Loftis, pianist Barney McAll, bassist Richard Hammond and guitarist Teddy Kumpel, Aaron Comess Quintet is the drummer’s fourth instru- mental release and his jazziest to date. Along with the Monkish original “Catskills Last Waltz” and an inventive 12/8 take on Eddie Harris’ “Freedom Jazz Dance,” Comess and crew tackle the imposing Coltrane anthem “Resolution” (from A Love Sumpreme) with fero- cious intensity while bringing that same kind of heightened energy to the drummer’s own probing composition “Africa.”

From his genuine swing factor to his interactive instincts, he plays authentically while standing on the shoulders of the greats on this potent outing.