Bergson is the classic triple threat, and his voice/guitar/songwriting trifecta is buoyed by strong bandmates that understand how to lay back…”

It’s fair, though uncomfortable to some, to consider the blues reborn between 1967 and 1971, and it is that period of transitional bliss that Chris Bergson and his enjoyable band have mined for most of the gold here. The 3 Kings released seminal records such as Born Under a Bad Sign, Completely Well, Indianola Mississippi Seedsand Getting Ready; began working with more diverse artists and producers; and extended the music of their deltas and homelands to an entire cross-culture unaware they needed this music—until it tsunami’d them with Blues Power.

This band thrives in the eye of that storm. Want funkiness? Try “Mr. Jackson.” A bit of Shoals soulfulness? Enjoy “High Above the Morning.” Some delta-slide-singer-songwriting? “Bluemner” will satisfy in ways that are authentic but not stifled by tradition. Perhaps the finest moment Bergson crafts here comes via his imagining Tennessee Williams’ “Heavenly Grass” as an acoustic blues ballad—it’s a successful, ballsy move that could have easily failed, by way of pretentiousness or worse, but instead brings a tactile earthiness to the soul of Williams’ divine dreaminess. “Heavenly Grass” is far from the only winner here—amidst the godforsaken fallowness of this “bro-country” era, co-writers Ellis Hooks and Bergson charm the ghosts of Stax duos past, and infuse “The Only One” with the type of storytelling mostly lost now to bygone days.

Bergson is the classic triple threat, and his voice/guitar/songwriting trifecta is buoyed by strong bandmates that understand how to lay back without sounding hollow or lifeless. While the pacing of the album is not intense, there is no filler in this set, and the loping momentum suits these songs. The bottom line is each song finds a happy little chunk of dance floor to enjoy all its own, and Bergson & Co. groove that happiness from end to end. 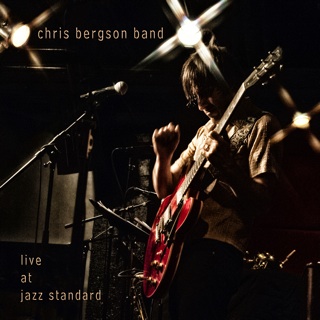