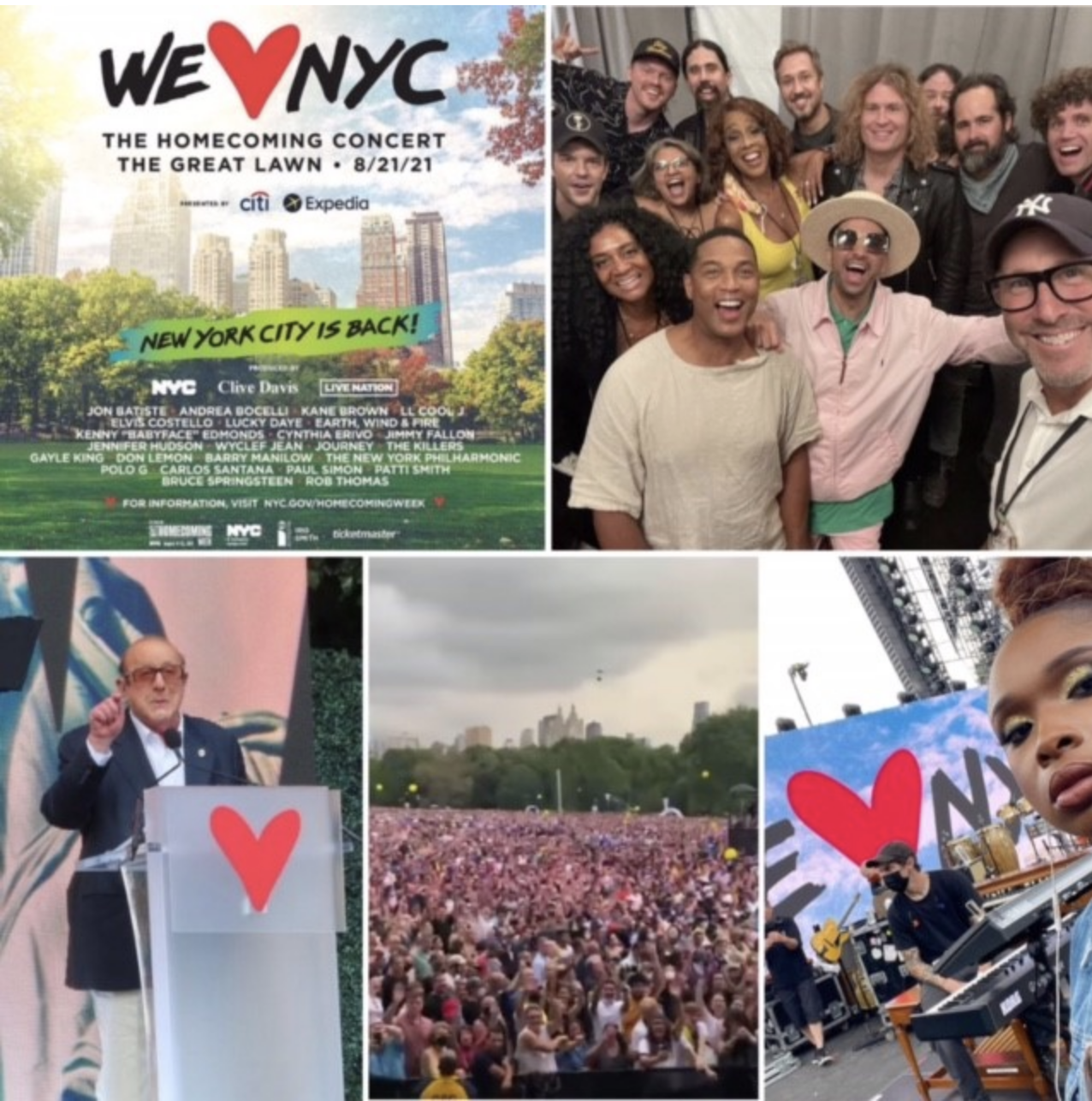 This historic, once-in-a-generation concert, presented by Citi® and Expedia®, in Central Park featured an impressive array of music icons and contemporary artists spanning musical and entertainment genres including:

As a celebration of New York City’s comeback, the concert promoted health, safety, and equity. WE LOVE NYC: The Homecoming Concert was produced by New York City, Clive Davis and Live Nation and was a huge success.  For health and safety reasons, proof of COVID-19 vaccination was required for entry.

“This was an historic, monumental moment for all New Yorkers and all Americans. This was a truly once in a lifetime event and we thank Clive Davis, Live Nation and Danny Meyer for all their efforts to help make this possible,” noted Mayor de Blasio. “This was a celebration of our city, of every working family who faced incredible challenges last year and overcame. This was a celebration for you.”

“There is absolutely no place more special than Central Park to celebrate the reopening of New York City,” said Clive Davis. “I consider the Mayor’s request a true honor; and, with Live Nation, we curated an unforgettable show befitting of this historic occasion.”

“Live music has the unique ability to bring us together,” said Geoff Gordon, Regional President, Live Nation. “We were excited to join Mayor de Blasio, Clive Davis, and Danny Meyer in producing this special night of live music as we reconnected fans with some of their favorite artists in Central Park for the WE LOVE NYC: The Homecoming Concert.”

“New Yorkers know that their city is waking up and coming back strongly—and I can’t think of a more uplifting way to celebrate than to enjoy live music from some of the world’s most renowned artists, on the Great Lawn of NYC’s Central Park,” said Danny Meyer, Board Chairman of the NYCEDC and CEO of Union Square Hospitality Group. “I was thrilled to join Mayor de Blasio, Clive Davis and Geoff Gordon for what was an event for the ages.”