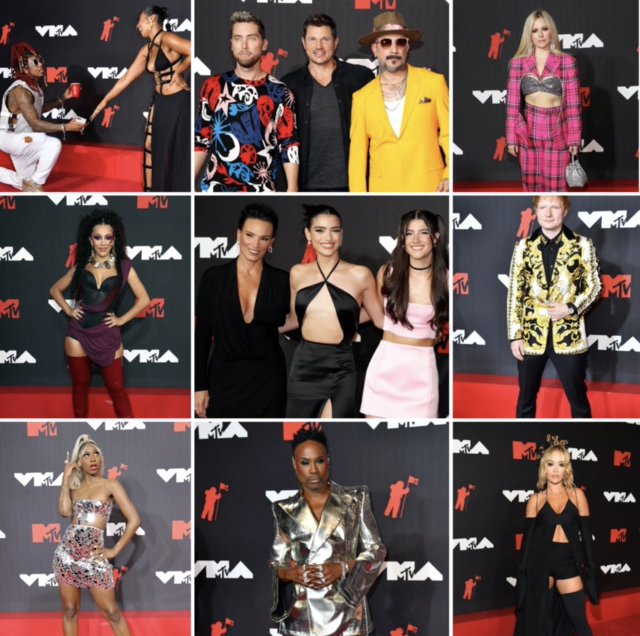 The 2021 MTV Video Music Awards were held on September 12, 2021, at the Barclays Center in Brooklyn, New York City. The show was hosted by American rapper and singer Doja Cat. It was the first time in history a Video of the Year nominee hosted the ceremony the same year.

The ceremony was simulcast on The CW, a free over the air broadcaster, with Mountain and Pacific time zones airing it live and others delayed for primetime, and on various ViacomCBS networks and platforms. Lil Nas X, Olivia Rodrigo and BTS were the most awarded artists of the night with three awards each, followed by Billie Eilish and Justin Bieber with two each; the latter was also the most nominated artist with nine nominations. Beyoncé extended her lead as the most-awarded artist in the show’s history, collecting her 29th trophy. Blue Ivy Carter also became the youngest winner in the show’s history.

On August 1, a new iteration of the MTV Video Music Awards “moon person” trophy was unveiled at NASA‘s Kennedy Space Center Visitor Complex, in honor of MTV’s 40th anniversary. Designed by Kehinde Wiley, it features vines and flowers symbolizing “the ethnic histories that surround America” with the network stating that “each intertwined vine or leaf” holds a “different historical relevance woven into the American tapestry.”

MTV collaborated with 9/11 Day for a week of activities to “promote awareness and positive action” in honor of the 20th anniversary of the September 11 attacks, which occurred on the eve of the ceremony.

The show received 3.0 million viewers across all the tv networks. On the main channel the MTV show had 900,000 viewers, a 31% drop from last year’s 1.3 million. However, the show gathered 38 million interactions across all U.S, outranking the Super Bowl for the first time and is 2021’s top telecast so far in social media buzz. Additionally, the VMAs jumped 43% in Brazil and 25% in the U.K, demonstrating positive results following MTV’s efforts to increase global reach.

We Love NYC: The Homecoming Concert in Central Park ›